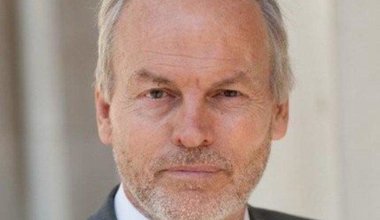 ounced the appointment of Nicholas Kay (United Kingdom) as his Special Representative for Somalia.

Mr. Kay succeeds Augustine Mahiga, who will complete his assignment on 3 June 2013. The Secretary-General is grateful for his dedicated service for the last three years. His exemplary leadership in helping to steer the end of the eight-year political transition in the summer of 2012 is particularly noteworthy. The Secretary-General recalls with deep appreciation the fact that Mr. Mahiga's contributions had laid the foundation on which the Federal Government of Somalia with the help of the international community, can now further engage on peacebuilding and the consolidation of security and development initiatives in the country.

Mr. Kay is currently the Africa Director at the United Kingdom Foreign and Commonwealth Office (FCO), a position he has held since 2012. Prior to this, he served as Ambassador to the Republic of the Democratic of the Congo (DRC) and the Sudan from 2007 to 2010 and 2010 to 2012 respectively. He was also the United Kingdom's Regional Coordinator for Southern Afghanistan and Head of the Provincial Reconstruction Team for Helmand Province from 2006 to 2007.

In his earlier career with the FCO, Mr. Kay served in policy and country positions in London as well as overseas in Spain and Cuba. He also worked for fourteen years as an English language teacher in Brazil, Cyprus, Peru, Saudi Arabia, Spain, and within the United Kingdom.