Special Representative of the Secretary-General for Somalia
Augustine P. Mahiga

United Nations Secretary-General Ban Ki-moon appointed, on 9 June 2010, Augustine P. Mahiga of the United Republic of Tanzania as his Special Representative for Somalia and Head of the United Nations Political Office for Somalia (UNPOS).  Mr. Mahiga replaces Mr. Ahmedou Ould-Abdallah (Mauritania) who has served in the position from September 2007. 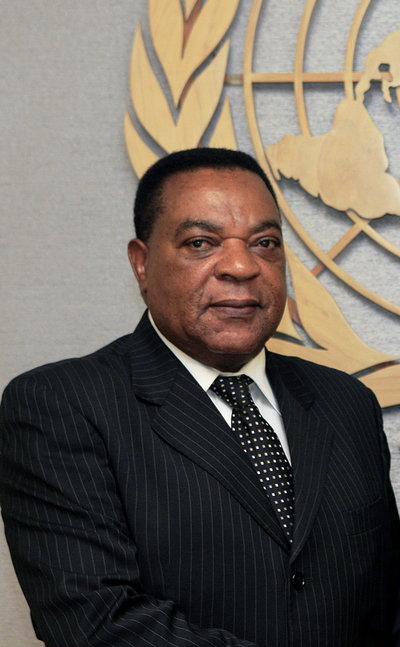 Mr. Mahiga brings to this position many years of both Government and United Nations experience. He combines extensive experience in conflict management, mediation, humanitarian and recovery/development activities.  In particular, Mr. Mahiga has lengthy and pertinent experience in the Horn of Africa and other parts of the continent, which will be invaluable in his new position.

Since 2003, Mr. Mahiga has served as the United Republic of Tanzania’s Permanent Representative to the United Nations in New York.  In this capacity, he has been actively involved in various United Nations reform initiatives, including co-facilitating negotiations on establishing the Peacebuilding Commission (2005) and co-chairing intergovernmental consultations on System Wide Coherence reforms, including Delivering as One in eight pilot countries (2008).  Ambassador Mahiga has been engaged in intergovernmental and informal working groups on issues of development, peace and security, human rights, and strengthening the partnership between the United Nations and the African Union.

Before joining the Tanzanian Foreign Service in 1983, Mr. Mahiga worked in the President’s Office as Acting Director General and Director of Research and Training from 1977–1983.  He served in various capacities with the United Nations High Commission for Refugees (UNHCR), including as Chief of Mission to Liberia, Coordinator and Deputy Director of the humanitarian and refugee crisis in the Great Lakes Region, and UNHCR Representative in India, Italy, Malta, the Holy See and the Republic of San Marino.

Mr. Mahiga holds a PhD in Philosophy and International Relations from the University of Toronto, Canada.  He was born on 28 August 1945 and is married with three children.